The first place in the 39th BCS examination was also achieved. The 39th Special BCS (Health) was the first in the final result. Nilima Yasmin Earlier he received the Prime Minister’s, Gold Medal. He also achieved the first position in the final professional examination of doctors (in 2016). The First Place In The 39th BCS Nilima Yasmins roll number in the 39th Special BCS examination was 100206. Sylhet MAG under the Shahjalal Science and Technology University passed the MBBS from Osmani Medical College.

In describing the feeling of being the first in the 39th BCS, Dr. Nilima Yasmin said, At this moment my mixed feelings. Because I have already passed the written examination in 38th BCS. I was also waiting for that. When I was trying to FCPS, I was pregnant. There were two tests on the side as well. Alhamdulillah, both have passed. 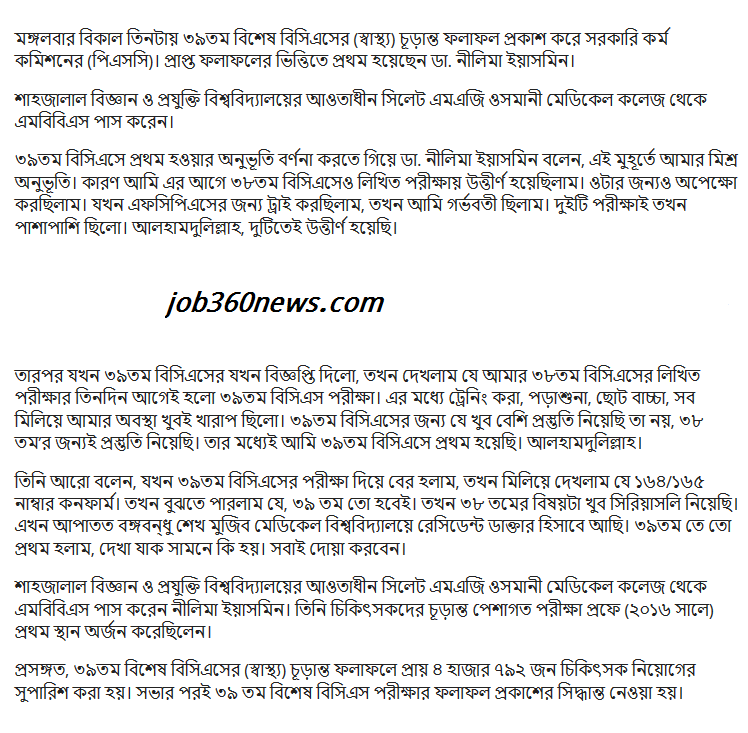